The Cambridge Declaration on Consciousness

Holding a Mirror Up to Science and Nature 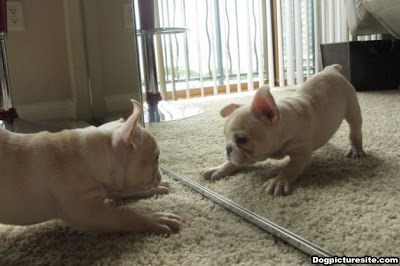 Throwing Water on His Enthusiasm
When “The Cambridge Declaration on Consciousness” was made on July 12th last year, I refrained from making any critical comments in deference to Marc Bekoff, my (then) colleague at PsychologyToday.com. I didn’t want to throw any water on his enthusiasm by writing a more realistic assessment (such as the one found here).

What is the declaration? You can read the entire document here: (it’s only 2 pages long). Or read the actual declaration below:

“The absence of a neo-cortex does not appear to preclude an organism from experiencing affective states. Convergent evidence indicates that non-human animals have the neuroanatomical, neurochemical, and neurophysiological substrates of conscious states, along with the capacity to exhibit intentional behaviors. Consequently, the weight of evidence indicates that humans are not unique in possessing the neurological substrates that generate consciousness. Non-human animals, including all mammals and birds, and many other creatures including octopuses, also possess these neurological substrates.”

The first thing to realize is that the declaration contains no definition of what consciousness or self-awareness are, no definition of intent or examples of “intentional” behaviors in non-human animals, nor any other higher mental capacity that humans and animals might hypothetically share except for “affect,” which is the ability feel pleasure, pain, simple emotions and feeling states.

The scientists who produced this document set out 4 specific rationales for the declaration, contained in 4 short paragraphs.

Poking a Stick in a Bottle
Paragraph 1 states that research into consciousness is “rapidly evolving,” and that this calls for “a periodic re-evaluation of previously- held preconceptions in this field.” It’s true that there are some long-held preconceptions, and that they should be re-evaluated. However that doesn’t mean that humans are not unique in the animal world.

For instance, in recent years much ado has been made of the fact that chimpanzees, other apes, and even corvids (crows, ravens, magpies, etc.) have been observed using, and in some cases fabricating, tools enabling them to access food. It’s quite amazing to see a crow bend a wire with its beak and use it to get food out of a long-necked bottle. But some scientists have tested corvids and apes to determine whether they understand “why” their tools are effective, and the answer seems to be no: these animals have no idea as to how or why they work.1

Yes, these behaviors are amazing. But they don’t rise to anything near the human ability to design manufacturing plants devoted to building automobiles, airplanes, or spacecraft, or designing robots that can help doctors perform surgery, or creating computers and smart phones, or big-budget movies filled with tons of CGI effects, etc, etc, etc.

Paragraph 2 is about neural substrates of “affect” or emotion, which don’t appear to be confined to the neo-cortex—a part of the brain that is highly developed in humans. This is not news. Emotion is controlled by an older part of the brain called the limbic system, not the more recently evolved neo-cortex. The only passing reference to “consciousness” here is the mention of “states of attentiveness, sleep and decision making,” which the authors say are “evident in insects and cephalopod mollusks.”2

The declaration mentions mirror tests done on dolphins and elephants. Using the plural here is a bit of sophistry: at present only one dolphin and one elephant have passed the test. The declaration makes it seem as if all dolphins and elephants have self-awareness. (Since von Economo neurons—which seem necessary for an organism to acquire self-awareness—have been found in the brains of both species, this is entirely possible, though dolphins have far more VENs than we do, and elephants have far less.)

Paragraph 4 talks about how hallucinogens may disrupt cortical processing, and that certain psychotropic drugs that disrupt normal conscious behaviors in humans seem to produce similar behavioral disruptions in non-human animals as well. Since there’s no clear evidence that the disruptions were rooted specifically, and solely in consciously-derived behavioral choices, this too is meaningless.

So I did some research. And here’s what I found out.

Monkey See, Monkey Do
The mirror test was reportedly inspired by something Charles Darwin saw while on a visit to the London Zoo in 1838. He observed an orangutan named Jenny throwing a tantrum after being teased with an apple by her keeper. This made Darwin wonder what the subjective experience of an orangutan might be like. He also watched Jenny gaze into a mirror and wondered if she recognized her own reflection.

In 1970, Gordon Gallup Jr. did the first mirror test on non-human animals with two male and two female wild, pre-adolescent chimps. They were exposed to a mirror for 10 days, familiarizing them with its reflecting properties. Then they were sedated and marked with an odorless dye on the upper part of one eyebrow and the opposite ear.

Then they were put in a cage and observed for 30 minutes to determine if they touched either of the marked areas. Finally the mirror was reintroduced into the cage and the chimpanzees were observed for mark-directed behaviour. The number of incidences of mark-directed behavior rose from one during the post-anaesthesia, mirror-less period to four to ten after the mirror was reintroduced (Gallup, 1970).

According to Gallup’s interpretation, passing the mirror test shows that an animal is  capableof conceptual self-awareness, one of the cognitive features that, according to "The Cambridge Declaration on Consciousness," some animals share with us (Gallup, 1977, p. 337).

Smoke and Mirrors?
However, the mirror test does not show a de facto cognitive ability. For instance, Western children show mirror recognition at about 18 – 24 months of age. But some children don’t just try to wipe a “hidden” mark off their own nose, they’ll also try to wipe a non-existent mark when they see it on their mother’s nose. 4 Also, some children from other cultures are reportedly unable to pass the mirror test until about they’re about 7 years of age. 5 Even adults in some cultures are unable to pass the mirror test.

Another unanswered question is how people suffering prosopagnosia—the inability to recognize faces—clearly have the capacity for self awareness but are unable to pass the mirror test.

Complicating things further is the fact that children go through a number of stages of awareness, and changes in mood, when introduced to a mirror where non-human animals don’t.

The Complexities of the Mirror Phase in Children
In her 1968 doctoral dissertation (predating Gallup’s work by 2 years), Beulah Amsterdam not only tested young children for mirror recognition using the hidden-mark, she also first noticed that children went through 4 discrete stages of mirror interactions: 7, 8, 9

1st) from about 3 – 12 months babies tend to view their own mirror image as a playmate, 2nd) from around the first year, they seem to treat the mirror with curiosity or as a possible window (they often try to look behind it to see what’s theree), 3rd) at about 13 months, children become troubled by their mirror image; they cry when they see their image, or avoid looking into the mirror at all, and 4th) starting at 14 – 20 months children show embarrassment, coy glances at the mirror, and exhibit silly, clowning behaviors.

Russian documentary film maker Viktor Kossakovsky filmed his 2-year old son Syto. Syto had been raised in a house with no mirrors. When he was shown a mirror for the first time he went through the 4 stages described by Dr. Amsterdam, all within a period of 45 minutes, caught on film in one continuous shot. 10

“The drama that makes Kossakovsky’s movie particularly memorable, is the child’s portrayed struggle in coming to term with the fact that the mirror is not a transparent window or open door revealing a new playmate. This slow realization is clearly for Svyto a source of intense wariness toward his own specular image as an alienated object, including long bouts of agitation, rage, and the expression of poignant despair, that is eventually transformed into an intense display of narcissism and self-consciousness.” 11

These are very complex and complicated behaviors, not seen in mirror tests done on chimps or other non-human animals. In fact, a chimp’s first response to seeing its reflection in a mirror is no different from species-specific behaviors of a dog or cat when confronted with their own image: play bows, threatening postures, vocalizations, etc. 12

Daniel Povinelli of LSU’s Cognitive Science Lab has suggested that the behaviors Gallup observed in chimpanzees may be purely sensory in nature, and may not “reflect” higher cognitive functioning. 13 Many of the chimps’ exploratory behaviors involved bringing various body parts into contact with the mirrors’ surface, the way an infant will touch the glass. What they were exhibiting, though, may have been a simple perceptual understanding of the one-to-one relationship with the mirror image and the animal’s physical body, not one that’s necessarily conceptual. And they certainly don’t exhibit the kind of complex behaviors and emotions seen in Dr. Amsterdam’s studies on infants or in Kosakovsky’s documentary.

It seems to me that all of this movement by science toward blurring the distinctions between human and animal cognition derive from two things: ignoring Morgan’s canon,  and over-exaggerating the importance of something Charles Darwin wrote: “The difference in mind between man and the higher animals, great as it is, is certainly one of degree and not of kind.”

Yet a few sentences later Darwin opened the door to the possibility that he could be wrong about that statement: “If it be maintained that certain powers, such as self-consciousness, abstraction, etc. are peculiar to man, it may well be that these are … results of other highly-advanced intellectual faculties; and these again are mainly the result of the continued use of a highly-developed language.” 14

3) Prior H, Schwarz A, (2008) “Mirror-induced behavior in the magpie (Pica pica): Evidence of self-recognition.” PLoS Biol

The Law of Conservation of Consciousness:

It makes no sense to me yet, but I look forward to reading your paper!

The sense is that the antiscientific doctrine of anthropocentrism (the view that only human is endowed with reason) lives its last days.

Thanks for the clarification.

That said, if the definition of consciousness is simply the ability to process information, and if learning is defined as changing one's behavior in response to external stimuli, then plants too have consciousness, and a capacity for learning.

However, I'm still planning to read your paper.