Establish a Deeper Connection with Your Dog

This article can also be found on my PsychologyToday.com blog...


4 Easy Ways to Establish a Deeper Connection
with Your Dog, and with Your True Self 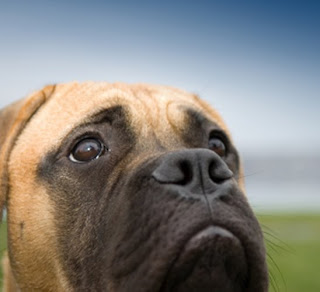 One evening, many years ago I was at an asphalt basketball court on the East Side of Manhattan with two dogs: my Dalmatian Freddie and a client’s Jack Russell terrier named Mack. (Someone in the neighborhood was on the city council, owned a dog, and had pulled some strings to allow us to exercise our dogs there in the evenings.)

The dogs were playing nicely. Everyone was having fun. Then it started to rain lightly, and Mack, who hated the rain, decided to go home. So he wiggled through a small gap in the chain link fence out to 68th Street, and headed straight for Second Avenue.

I went into emergency mode and called Freddie. There was no time to hook up his leash, which was hanging around my neck (along with Mack’s). I just ran as fast as I could to the exit, which was closer to First Avenue than Second. Freddie ran in-synch next to me. We came out onto 68th Street, and I scanned the sidewalk, looking for Mack. He’d apparently crossed to the uptown side of the street. So I checked quickly for oncoming cars, then ran across the street, saying to Fred, “Let’s go!”

We got to the other side, and I looked up the street toward Second Avenue, my heart racing, my mind trying not to panic. I still couldn’t see the little figure of the missing Jack Russell, and hoped he hadn’t tried to cross Second. My goal was to run as fast as possible and find the little bastard. But as I ran I noticed something unexpected and wonderful. Freddie was running right next to me, in a perfect heel, his eyes locked onto mine. In fact, I realized that he’d been running next to me like that the whole time. He hadn’t taken his eyes off me for a second. It was an amazing feeling.

We got to Second Avenue, I asked some people if they’d seen Mack, and was directed to a video store. We got inside and found Mack casually strolling through the aisles, begging for treats.

Although I'd spent many long hours training Freddie in obedience, I didn’t realize until that night how bonded, or connected to me he was. And there was no specific behavioral precedent for what he did that night. It was based almost entirely on our emotional connection.

I also realize now I was a different person before I met Fred. For one thing, the person I am now would’ve never called Mack a “little bastard,” even in my own mind. Mind you, I have no illusions that I’m now a fully-realized human being with no faults or character flaws. But I’m much more centered and grounded than I was before that wonderful, yet difficult, dog taught me how to be human. (I learned later that his being "difficult" was actuallly the result of my resisting the emotional changes taking place inside me.)

People sometimes question how (or why I think) I know so much about how dogs do or don't think, what makes them tick. Part of it comes through countless hours of research, studying various disciplines, from physics, to neuroanatomy to cognitive science to philosophy of mind to evolutionary biology to emergence to systems dynamics,  and more.

But most of my understanding comes from my daily interactions with dogs. Except when they’re asleep, dogs are constantly watching us, reading our behavior.  I’ve found that if we do something similar, just do four simple things for a few minutes each day, it can help us connect more fully to our dogs’ feelings, and connect to our true selves.

Will it make your dog run next to you in a perfect heel through the streets of New York? Proably not. But as they say about chicken soup: "It couldn't hurt!" And what may be even more important, you might find that by doing these four things, your life will, over time, become easier, happier, and more full of joy.

So here are the 4 simple steps that can help make all that happen.

1) Observe - Whenever you take your dog for a walk, or when your dog is playing with other doggies, or even when your dog is sleeping, take a few moments to simply watch his behaviors. Don't make any judgments or assign any + or - values to what the dog is doing. (When we take a walk through a pine forest, we very rarely impose value judgments on the trees, rocks, ferns, and birds, do we?) Just observe the minutia of his everyday actions; keep things as simple as possible. Pay attention to how your dog approaches other dogs. Does he come straight toward them, or in more of an arc? What happens to his face when he smells something? What is his tail doing when he sees a squirrel, or when you call him for supper?

Don't think about what any of this means, just observe.

One value of this type of objective observation this is that our visual systems are directly-connected to the pleasure circuits in our brains. So the mere act of looking at something, anything, creates a feeling of calmness and well-being. So the more we're able to observe without judgmental thinking, the more relaxed and contented we become.

Another nice effect is that by observing your dog's behavior without judgment or expectation, you'll begin to see things from his perspective. Thinking usually means we project our beliefs and value systems onto our dogs' behavior, which prevents us from seeing them for who they really are. But seeing dogs as they are returns us to nature - to the pine forest, the desert, or the waterfall - if just for a small moment in time.

2) Wonder - Childhood is a time of wonder. When we were young we spent a great deal of time wondering about all kinds of things. Wonder is also a key element in science. Darwin wondered why the various types of finches on different islands in the Galapagos had beaks with different shapes, and his theory of evolution was born. Einstein sat on a moving train and wondered what it would be like to be on a train that could travel at light speed, and the theory of relativity was born.

But there's more to wondering than the if, or how, or why of things. Just being in a state of wonder has an amazing effect on the psyche. Like observation, wonder stimulates the brain. Plus it opens up an emotional connection between you and the thing you're wondering about, in this case, your dog. So try each day to view your dog with a childlike sense of wonder.

Wondering means you don't know anything, but that you're open to learning something new. If Einstein had thought about it, he would've known that no train could possibly travel at light speed, and that would've been the end of that. But by wondering, he saw something in his mind that no one else could see.

What will you see, that no one else can, when you take a few moments each day to look at your dog in wonder?

3) Feel - Dogs are feeling, emotional beings. So are we. But as kids, we were forced by the rules of society, peer pressure, by how our parents raised us, and by our own survival needs, to put a lid on our emotions. It's an amazing thing that just by tuning in to our dog's emotions now, as adults, we automatically tune in to the emotions we gave up long ago in order to placate our parents and teachers, or to fit in.

So spend a little time each day trying to tune in to what your dog is feeling. Don't think about it. Take a second or two to try and feel it; then let it go. A few moments later you may find that a childhood memory will drift to the surface, or the answer to a problem you've been having, perhaps related to work or family, will suddenly become clear.

A theatre professor of mine once said that whenever we see a great play or movie, or look at a work of art, it has the capacity to change us for the better. And even though a physician or a chemist or construction worker may not feel any affinity for Hamlet's woes, or relate to the life of a Pennsylvania deer hunter, or understand what a Mark Rothko painting "means," each will come away a better doctor, chemist, or builder. True, dogs may not be Shakespeare, but in their own way, they can do that for us too. That's because by allowing ourselves to feel what our dogs are feeling, we reawaken our ability to feel our own emotional connections, the ones we lost when we were pups.

What does that mean?

All evidence on how wild canine packs really operate suggests that our old ideas about wolf packs having a leader (which originated with Konrad Lorenz, who later admitted that everything he ever said about dogs was wrong), aren't true.

However, in every animal group there is always one member who - to borrow from Willie Wonka - has the golden ticket. To me, the golden ticket represents an animal's natural charisma or animal magnetism. So others in the group follow him because of his natural gifts, not because he has to dominate them to make them "obey."

Think about your natural gifts. What are they? Whatever they are, they're yours and yours alone. You don't have to try to be something you're not.

But remember, there are two yous (at least), the authentic self, and the self that evolved as a means of fitting in, satisfying your parents' and teachers' wishes, etc. The authentic self is the one who's able to observe, wonder, tune in to your dog's (and your own) feelings, and is able to just be. The other self, frankly, thinks too much.

If you get angry or frustrated with your dog, that's okay. Just try to own those feelings, but try not to act on them. Remember, they're not real, they're just signposts. So instead of acting in anger or frustration, take five slow, deep breaths - breathe in slowly, breathe out slowly - and remember that you already have your unique golden ticket: your dog's love. Yes, the road may be rocky at times, but those rocks aren't insurmountable obstacles, they're just reflections of the fractured pieces of the authentic self you gave up as a child. Your dog doesn't misbehave in order to dominate you or create obstacles; he does it because he wants to help you reconnect to who you really are.

So those are the 4 easy steps: Observe, Wonder, Feel, and Be. Just spending a few minutes each day engaged in those simple activities can bring amazing results.

LCK
"Changing the World, One Dog at a Time"
Join Me on Facebook!
Follow Me on Twitter!
Join My Dog Trainer's Network!
Posted by LCK at 11:52 AM

Email ThisBlogThis!Share to TwitterShare to FacebookShare to Pinterest
Labels: authentic self, be the pack leader, Charles Darwin, dogs are constantly watching us, my dog hates the rain, off-lead heel, perfect heel, pleasure circuits in the brain, positive reinforcement