The Canine Mind Doth Make Fools of Us All

Here's another article from my PsychologyToday.com blog. This one was supposed to have already been available through the menus on the right, but for some reason, the link failed, so I'm re-posting it now.


How Dogs Can Fool Even Our Smartest Scientists 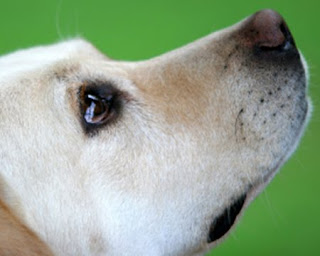 In an earlier post -- "From Pavlov to Pauli..." -- I wrote that, scientifically speaking, all canine behavior can and should be explained from an emotional/energetic point of view rather than a mental framework. I even kind of bragged, perhaps foolishly, that I could do just that.

In my most recent article -- "Smart Pooches or Dumb Science?" -- I critiqued a recent spate of online articles and TV news blurbs in which psychologist Stanley Coren quite wrongly states that dogs are better at math than 2-year-olds. Here's CNN's version of one "study" supposedly proving that dogs can count and perhaps even do arithmetic:

"Counting ability is tested in drills such as one in which treats are dropped, one at a time, behind a screen. When the researcher either sneaks away one of the treats or stealthily adds an extra before raising the screen, the dog will wait longer -- appearing to puzzle over the bad math -- before eating the treats."

In rebuttal I gave some of the scientific evidence for the idea that all animals, not just dogs, have an innate number sense, which enables them to know when the general amount of salient things in their environment has changed: robins and their eggs, for example, or dogs and their treats or toys. (This "number sense "can also be found in 4-and-a-half-month-old babies, by the way.)

However, I think the concept of animals or even babies having a "number sense" is inaccurate because understanding numbers -- 1, 2, 3, 10, 3/5ths, pi -- is language dependent. Without the use of words, animals and babies can't put names to abstract numeric concepts, or even to concrete objects like a robin's eggs or a dog's chew toys. It seems to me that the thing they're actually aware of is the changes that take place in their environment: the absence or presence of things that were or weren't there before. And it would make more sense that they would be able to calibrate these changes viscerally (via the changes in own their internal energy states) rather than figuring it all out mathematically.

Since in my "Pavlov to Pauli" article I proposed the idea that I could explain any and all behavioral phenomenon in dogs from just such an energetic standpoint, I'll attempt to do so here.

Imagine you're at a party. Your mind is full of thoughts: "God, those cheese thingies were good, I wonder if they have any more," or, "Hey, Shelia looks good in that," or, "I hope the kids aren't terrorizing the babysitter," and possibly, "Uh-oh, there's that awful bore, what's-his-name? I hope he doesn't try to harangue me again with his theories about how dogs have better math skills than toddlers."

These are all thoughts. But beneath these thoughts your body is busy accommodating its inner "radar" to the underlying press of stimuli around you: the buzz of conversation, the brief bursts of laughter, the tempo and level of the music, the clinking of ice in glasses, and the almost constant sense of kinetic energy, people shifting between groups of 2 or 3, etc. You're not thinking much if anything about all this, but your body's internal radar is. It's constantly calibrating and recalibrating itself to accommodate these fluctuations in energy. (Since a stimulus is, by definition, anything that increases the energy in an organism, that's exactly what your body is responding to: fluctuations in energy.)

At some point you ask the hostess if you can use her bathroom. She nods, points the way, you go down the hall, make a left, go inside the bathroom, start the water running in the sink, etc. And, while you're thus engaged, a large chunk of people decide to go to another venue: perhaps out back to see the pool, perhaps they have theater tickets. It doesn't matter. Approximately half the people, let's say, are suddenly gone, disappeared.

When you come out of the bathroom you go into a mild state of shock. Your first thought is, "Wow, where did everybody go?" though you don't really care where they went, you just want to know how they all disappeared so quickly. And the reason you're shocked is that your unconscious mind has to re-calibrate itself viscerally to this sudden change in the environment, this huge shift in energy. (This is not a mental process, by the way; the mind rarely concerns itself with fluctuations in energy, but the body is always doing so.)

Okay, now back to dogs.

Remember, the researchers showed the dogs in their study a certain number of treats then dropped the treats behind a screen, added or subtracted some, then revealed the new "amount" to the dogs.

Coren interprets all this as follows: "Now we're giving [the dog] the wrong equation which is 1+1 = 1, or 1+1 = 3. Sure enough, studies show the dogs get it. The dog acts surprised and stares at it for a longer period of time, just like a human kid would."

The dogs "get it?" Right. Except that from the dog's point of view this is more like three-card monte or a magic trick done by an annoying relative -- pulling a quarter from a kid's ear or doing the "where'd my thumb go?" trick -- than actual arithmetic.

Now put yourself in the dog's shoes. You're in place where there's food and people, sort of like a party. Humans are showing you some treats, so you pay attention. Those treats are magnetic to you. They're buzzing with all kinds of potential energy. As far as your body is concerned, they're the most salient feature of your environment. Then these humans do a magic trick where one of the treats is suddenly no longer there or another one is suddenly, inexplicably present. And like the partygoer coming out of the bathroom, you go into a mild state of shock: you have a look of "surprise" on your "face." But it's not because you've done any mental arithmetic. It's because your body's awareness of its surroundings is forced to make a sudden adjustment. In short, you've been fooled.

Stanley Coren has had a long and distinguished academic career. His research on sensory perception is top notch. His paper "Sensation and Perception" is required reading on the subject at university levels. He's a bestselling author, and has also written some very interesting articles on dogs here. So I have to wonder why he sometimes seems totally incapable of using any kind of real critical judgment when it comes to the subject of canine cognition. He can't really believe this stuff, can he? If he does, I guess it's true that when it comes to dogs, even the smartest people can be very easily fooled. I think that says less about Coren, though, than it does about what truly amazing animals dogs are.

They can fool even the best of us without even trying.