How to Use Your Voice In Training

Here's a tip on how to use your voice more effectively in training. 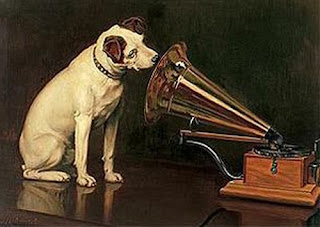 Dogs are emotional. They learn things through the changes that take place in their emotional states. One of the most important tools a trainer or owner has, in terms of applying the proper emotion to a training situation, is how they use their voice.

Years ago I was working with a beautiful blue great Dane named Achille (Ah-sheel). His owners said he was nervous about meeting people on the streets of New York. He was a beautiful dog and it wasn’t uncommon for people to stop and stare and want to say hello. Achille didn’t like this. He would bark nervously at strangers: “Ruff, ruff! Stay away!”

My job was to fix this. So on each of our training walks I took along a pocketful of treats. And every time someone commented on how handsome Achille was, etc., I would thank them then explain what I was trying to do to help him, and would they mind showing him a treat and telling him to sit?

Most people said yes. But once I'd given them the treat, quiet a few were very stern about how they gave the command, which caused Achille to bark at them. Some, though, gave the command in a very pleasant tone of voice, and when they had a different tone, Achille sat quite quickly and was very happy to do so. So I changed tactics: once they agreed to help out, instead of asking them to “tell” Achille to sit, I always phrased it thusly: “Could you show him a treat and then ask him to sit?” This almost always changed the way they interacted with the dog, and as a result he learned not to be so afraid of strangers.

I was in a somewhat similar situation the other day. A woman who lives down the hall from me recently adopted a young Lab/pit bull mix named Diva, and I ran into them at the dog run. At one point Diva was showing an avid interest in the far corner of the run where the garbage bags, etc., are stored in a large industrial-plastic type container, which sits pushed up against the fence. Diva was fascinated with it, smelling all around the container, even pushing herself between it and the fence. (My feeling was that it was a popular spot for rats to hang out at night.)

Diva’s owner was saying, “No, stop that,” and trying to pull her away from those fascinating smells. So I suggested that we just walk away instead.

Once we were a good distance away, Diva was torn between following us and continuing with what her nose was telling her to do.

To overcome this final bit of resistance, I told Diva's new mommy to praise her dog. She did, but her voice was flat and held no excitement or emotion. Then I praised Diva, and the dog got a happy look in her eyes, and immediately came running to me as if I were the most interesting thing in the world at that moment. Once Diva’s owner heard the difference in our voices, she was able to imitate the way I’d praised her dog and it had the same effect.

So, since this isn’t something that can be explained as easily in print, I’ve used my Olympus Digital Recorder to give you a few samples of how to do it. Just click here to listen.

Thank you for another great article. I'm new to NDT and totally enjoy reading all your articles.

I've been searching for 2.5 yrs to try and find a method to help myself and my reactive GSD and think NDT is the answer.

Your Voice article has made me take note of my voice so much more and wow what a difference, I never realised how 'Sergeant Major' I sounded like, that's 20 yrs of dominance training for you:(

My mom taught me that. We had a stray dog running around our yard and it was heading towards the busy road, mom just dropped to the ground and started calling to it in a very high pitched excited voice. That lil dog did a 180 and came flying to her. :)

Love your articles! I wish I had ran into your blog when my JRT mix was alive. :) I'm sure he would have responded greatly to your training.