SeaWorld Is Giving Its Star Performers a Raw Deal

If Conditioning Is a Business Transaction, Orcas Are Getting Screwed

Originally published in slightly different form on March 10, 2010 at PsychologyToday.com. 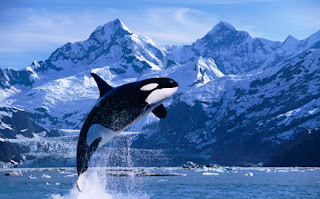 It’s been three years since Dawn Brancheau was killed at SeaWorld by Tilikum, one of the orcas she worked with. Now a new documentary tells us what we pretty much already knew: being kept in a small tank is what turned this free-roaming cooperative hunter into a killer.

I’m not an expert on dolphins or killer whales, though I do know that orcas are one of only three types of mammal that routinely hunt animals that are larger and more dangerous than themselves (the others are wolves and human beings). So I’ll confine my remarks to what I think is relevant: the overall ineffectiveness of operant conditioning when it comes to asking an animal of any kind to suppress its instinctive needs and urges in trade for food rewards.

In my view, most of the initial commentary (or cover-up) on this tragedy missed the point.

Thad Lacinak, a former head trainer at SeaWorld, told ABC’s “Good Morning America-->” that he blamed Tilikum’s trainer, Dawn Brancheau, saying she made a mistake by letting her ponytail drift in the water in front of him. This idea was echoed in an article in the San Diego Union-Tribune, “Whale May Have Seen Ponytail as Toy.” In that article, Lacinak was quoted as saying, “[The ponytail] was a novel item in the water, and he grabbed hold of it, not necessarily in an aggressive way. He’s like: ‘I'm going to play with you.’”

This is disingenuous to say the least. On the one hand you have these highly intelligent animals, capable of extremely precise behaviors, not only in terms of the tricks they’re able to perform at amusement parks, but in how they interact with one another in the wild, particularly while playing or hunting. On the other, we’re supposed to believe that such an animal is capable of mistaking part of the human anatomy for a toy? What toys could they possibly be using that could be so easily mistaken for a ponytail?

The idea that Tilikum was “just playing” also contradicts eyewitness accounts of people who actually saw the attack in person (Lacinak didn’t). One witness said the orca was “thrashing her [Brancheau] around pretty good. It was violent.” Another said, “He shook her violently.” This particular witness had taken her children to SeaWorld numerous times, had seen the shows performed over and over, and knew Tilikum by sight. She had a clear sense of his usual behavior and personality, so it’s not as if she couldn't tell the difference between playfulness and violent aggression.

Plus all the whales were clearly agitated and upset on the day of the attack. The trainers had to cancel some of the scheduled performances because, as they told park visitors, "the whales were not cooperating." If that’s the case, this suggests that either they were very sick or that something very important was missing in the way that they’d been trained, particularly since in their native habitat, orcas are one of the most cooperative non-human animal species on the planet, ranking right up there with dogs and wolves.

Karen Pryor, who’s a key figurehead in the “positive” training movement, and who once trained dolphins for a living, defended SeaWorld’s training practices. “[The trainers at SeaWorld] have sophisticated training based on sound scientific principles.” Pryor went on to say, “That kind of animal is bound to be unpredictable.”

On Pryor’s website, the following message was posted. “Dolphins and [killer] whales are the first to be kept in captivity to be trained by truly modern, force-free methods as opposed to avoidance training or the traditional ‘do as I say or else’ way. Sea World has mastered ways of training without using fear or force, setting what we believe to be the gold standard for humane and intelligent training.”

This is all very good, yet it’s also the kind of blind-faith, behavioral science propaganda that really gets me steamed. It always comes down to the moral superiority of operant conditioning over traditional methods, rather than oc’s actual effectiveness.

“Yes,” they’re saying, “operant conditioning didn’t work with Tilikum, but we’re still the 'gold standard’” So what exactly is this gold standard that failed Tilikum and got Dawn killed?

In another article, this one in the Milford Daily News, Pryor compared operant conditioning to a business transaction, saying the trainer trades something the animal wants—such as food, praise, a head rub, or a toy—for a behavior the trainer wants the animal to produce. Pryor says this mimics “the way animals learn, out in nature.”

And that’s just half the problem. The other half is that if learning really is like a business transaction, then the orcas (and other animals, like pet dogs) are getting a raw deal. Anyone who actually thought about this for more than half-a-second would know that there is no way that doing tricks for a pailful of fish or a head rub could ever hope to equal—in terms of an orca’s natural energy exchange with the environment—the process of traveling roughly 500 miles a week, through open water, to chase and kill prey animals (gray, baleen, and, rarely, sperm whales), that may be more than three times their own size.

So the gold standard used to teach these animals tricks is simply not geared toward releasing the amounts of energy these huge predators need to release daily in order to feel satisfied and relaxed. That’s why operant conditioning methods can't help but fail in the crunch, as they did three years ago in Orlando.

Evolutionary biologist Ray Coppinger, when discussing the flaws inherent to applying the dominance paradigm to training pet dogs, said that even though the alpha theory held prominence within the scientific community for a very long time, “No one really believed in it. The data wasn't there.” Here we have the opposite. The experimental data is on the side of operant conditioning. And yet time after time it proves itself to be critically ineffective, and in some cases inhumane.

In a perfect world—where operant conditioning was really effective, all the time with all species—, behavioral scientists wouldn’t need to solve behavioral problems in dogs by prescribing drugs. And no dog owner would be told that whenever a dog’s prey drive prevents him from obeying, all you have to do is “Up the value of your treats!”

And in this perfect world I’m wishing for, Dawn Brancheau might still be alive. From all reports, and from looking at the footage of her working with the animals she trained, this was an intelligent, energetic, caring, and dedicated animal lover. The only thing she did wrong was to trust in and believe the hype about behavioral science.

That’s not to say that the operant conditioning model is totally and completely ineffective. It’s not. I use it all the time myself (at least I often use something that seems quite similar). I just don't fool myself into thinking it’s the be-all and end-all of dog training. It’s one tool. That’s all it is.

I think it’s time not only to re-think the advisability of keeping marine mammals in small tanks and forcing them to do tricks for treats (really—how smart is that?), we need to start start looking at animal behavior in the way Pryor suggests, as a simple business transaction. Once we do, we’ll see that for an animal that routinely hunts animals three times its own size, out in the open water, the orcas are getting a really bad bargain when all they're given to do with their energy each day is a few tricks for treats.

They need something more. That’s what Tilikum was trying to tell us. It’s a shame that Dawn Brancheau, along with her friends and family, had to suffer. But if this tragedy is to have any meaning, we'd better stop a moment and listen to what this killer has to say.


LCK
“Changing the World, One Dog at a Time”
Join Me on Facebook!
Follow Me on Twitter!
My Puppy, My Self (archived)
Posted by LCK at 10:06 AM

Brilliant yet so obvious. Thanks for addressing this; makes me start viewing natural training implications outside of just dogs.